Much to all our surprise and delight, on October 21, 2013, mother (Melissa) and daughter (Katie) stopped triggering!

What caused this sudden  change in their misophonia?  They were treated by Scott Session, DC, with that he calls the Psychosomatic Remediation Technique for misophonia. I (Tom Dozier) witnessed this treatment.  I saw the results before and after, and have followed this case closely.  Katie has been trigger free for 12 months.  Melissa has been trigger free except for 2 triggers (about 7 months ago), when she was tired, sick, stressed, and hungry.  So essentially Melissa is trigger free.  Katie had 2 triggers come back or develop in the past 2 months. 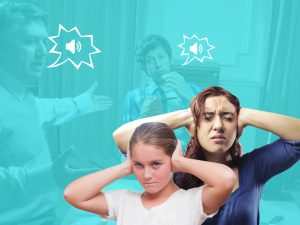 Both Melissa and Katie had triggers that were mostly by family members.  Maybe this was an important factor, or maybe not.  Melissa also made changes in the way stressful situations were handled in the home, so that Katie is never required to stay in an emotionally charged situation.  Dr. Sessions and I are still working to understand the factors needed to make the PRT treatment long-lasting and applicable to everyone.  But for Melissa it seems that it was both effective and (we hope) permanent.  Katie still does not trigger to eating sounds, which were previously a huge problem.

UPDATE:  As of December 27, 2014, Melissa is still trigger free, but Katie has redeveloped a trigger (or had it come back) to her brother’s whistling in the past 2 months.  We were together at Christmas, and I could see her triggered even though she did not act out.  She also has another mild trigger.  But she does not trigger to eating sounds.  We are working on the whistling trigger with the Trigger Tamer app because of distance to visit Dr. Sessions.

UPDATE: March 21, 2017, Melissa developed a trigger to children swinging their feet while seated.  Once she realized that she was having a misophonic response to this (and not simply being annoyed by an annoying child behavior), she paid attention to her physical response.  When she saw the trigger, she felt the muscles in the back of her neck tensing.  She consciously relaxed her muscles when she was triggered.  In a month, the trigger was completely gone!  So she is now “trigger free” again.

Katie developed a trigger to a unique whislting by her brother.  When triggered, her calves tensed.  We were going to use the Neural Repatterning Technique to eliminate the trigger, but her brother stopped that form of whistling, so there was no need to work on that trigger.  So Katie is now “trigger free” again.

*Past client’s of Scott Sessions who agreed to share their story. (solicited)