It was mid-October, 2013. I had determined that many people had a physical reflex to trigger sounds, and that the actual reflex varied. I was providing free NRT treatment for a patient as part of my investigation of misophonia, and this particular patient’s reflex was a stomach constriction. This was a difficult reflex to address with the NRT treatment because the constriction seemed to linger after the tiny trigger, and a person cannot willfully relax their stomach. I was searching for a way to reduce or halt the stomach constriction, but was unable to find anything. So I called my good friend, Scott Sessions, who is a chiropractor and a holistic treatment provider in rural Wyoming. About ten years earlier, Dr. Sessions had cured my anaphylactic reaction to shrimp by stimulating specific meridian points. I thought that maybe he had an idea of how to stop a stomach constriction reflex. We discussed misophonia and he informed me of a fortuitous event – he and his son would soon be returning to my hometown. He said he would come to my home while in the area to show me what he could do. Little did I know that he was thinking, “I haven’t considered treating misophonia before, but I have an idea worth investigating.” My request for help turned out to be the catalyst for the PRT protocol that he has since developed and continues to refine.

My daughter and granddaughter, who had misophonia, were here when Dr. Sessions arrived, so he used them to show me what he could do to address an unwanted reflex. He could not stop a reflex once it started, but he thought he might be able to prevent the reflex from occurring. I watched as he worked on my granddaughter. After fifteen minutes of questions, acupressure, and a little

spinal manipulation, my granddaughter no longer triggered to her arch trigger-nemesis: her brother. My daughter asked Dr. Sessions to treat her. After another fifteen minutes, she no longer triggered to any of her triggers. If I had not seen it, I would not have believed it. But I am open enough to believe that there are things that I do not understand (like how Dr. Sessions cured me of my allergies). We were ecstatic.

Over the next few months, Dr. Sessions treated a few more individuals with misophonia with mixed, but mostly positive, results. Most responded; some did not. One impediment to progress on this treatment technique was Dr. Sessions’ remote location in Thayne, Wyoming, or as he calls it, “the middle of nowhere.” In March 2014, my daughter and granddaughter had been trigger free for over four months. We wanted to be certain that these results would be typical, and we felt the best way to do that was hold a treatment seminar in an easily accessible location. In April, we held a treatment seminar in Anaheim, CA. The PRT protocol at that time required about thirty minutes to complete. At that seminar, we treated thirty-one individuals. About a quarter had complete elimination of their misophonic triggers. Another quarter had a large reduction in their misophonic symptoms, and half had no change at all. These were not the numbers we were anticipating based on the previous patients treated. Additionally, the improvement generally declined with time for the group that responded. Because Dr. Sessions’ practice was in Thayne, it was difficult for individuals to visit him for follow-up treatments. 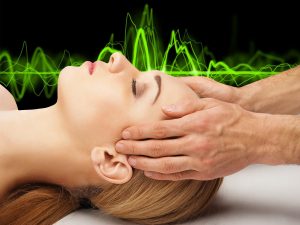 I asked my daughter why she thought she and her daughter had sustained positive results. (As of the writing of this book, she still is trigger free and her daughter has developed only one trigger, which very rarely occurs, so she is essentially trigger free). She said that she made a concerted effort to keep herself and her daughter away from stressful situations where there were trigger sounds. About three months after treatment, my daughter had a very bad trigger experience. She was stressed-out, hungry, tired, and sick. The trigger hit her full force. She avoided the trigger for a few days. She had another mild response to that trigger, but none since then.

Because the results were not lasting for most patients, we decided to stop promoting the treatment. Fortunately, Dr. Sessions is passionate about helping people and continued to work hard over the next year at developing the PRT protocol. As of this writing, the treatment protocol has expanded and now takes twenty hours spread over a six-day period. Results are again promising. He is seeing over fifty percent-sustained success with the treatment. I say, “Go, Scott. Go!”

At this time, if you want the PRT treatment, you will need to visit Dr. Sessions in Thayne, Wyoming. Thayne is about an hour south of Jackson, Wyoming in beautiful Star Valley. You will need to be there for a week. You also need to be able to return for a second treatment if your treatment results are not sustained. For more information on PRT, go to dayspringhealth.com or MisophoniaTreatment.com.